Scientists Are Getting Closer to Finding the True Kilogram

The kilogram has now been redefined! See our updated blog post on redefining the kilogram for more information.

Scientists around the world have been trying to find “the one true kilogram” after it was discovered in 1989 that the International Prototype Kilogram (also called the Big K), the standard for what a true kilogram is around the world, has been losing mass (or its six copies gained weight). While it’s only reported to be the equivalent of a grain of sand (about 50 micrograms), in experiments dealing with extremely small objects and particles, it’s already too much. Furthermore, because people have to be so careful with it else it degrades further, the Big K is rarely used.

The weight, made of platinum and iridium, was created in 1889 and is only taken out of its triple domed glass chamber in Paris every 40 years, when it is carefully washed, polished and weighed. Some scientists were already concerned that the standard should not be something people are afraid to use, while others thought the kilogram should be like other standards: defined by fundamental constants of nature that can be reproduced in labs (like the meter, now defined by the speed of light). Motherboard reports that “the General Conference of Weights and Measures unanimously voted to find a new standard in 2011, with a projected date of implementation sometime in 2018”.  Scientists around the world started work on the project, and the most accurate one to date is a silicon sphere which also happens to be a perfect sphere. 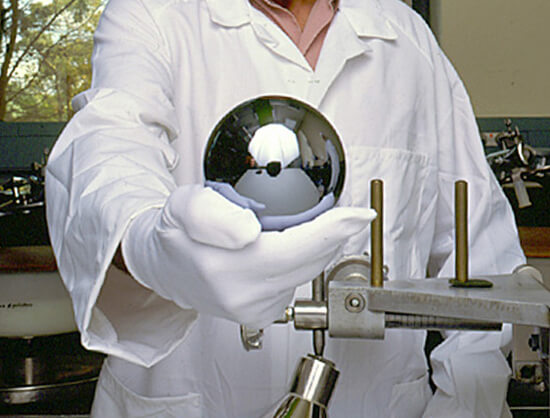 How Can Scientists work out the 'true' Kilogram?

It starts with a silicon sphere (isotope enriched, to be precise) and something called Avogadro's number. Avogadro's number is defined as “the number of elementary particles (molecules, atoms, compounds, etc.) per mole of a substance. It is equal to 6.022×1023 mol-1 and is expressed as the symbol NA”. It is used to convert measurement on the atomic level into grams, which can then be used to figure out the kilogram. Silicon has a special property: you can count how many atoms there are inside a given sample by measuring it (National Geographic compared it to counting gumballs in a gumball machine). So the scientists would use Avogadro's number to calculate how accurate the silicon sphere is. It’s already extremely precise: the number was reportedly calculated with an error of only 0.000000018. And it could get even more accurate; Motherboard reports than when they first covered the project in 2014, it was “still little more than conceptual”. In another 2 years, who knows how accurate the sphere will be. Of course, many publications point out that while this is the most accurate product of research to date, there are other projects that may be as or more precise. Still, the silicon sphere is the one in the spotlight for having the most accurate value of the mole ever recorded.

Of course, to measure the perfect kilogram, you need the perfect scientific scale. While we’d love to say Adam Equipment has the solution, scientists in around the world are working on improving watt balances.

What is a watt balance?

I will attempt to explain how a watt balance works simply by using this article from Motherboard. The watt scale starts like so many of our balances: with a stable base. It rests on a pedestal “that reaches all the way to the bedrock beneath the city [Ottawa] to diminish vibrations”. The weight is placed on a lattice made of Pyrex, which has coils of wire around the arms of the lattice, and more coils to “create a drive motor”. Like all weighing scales, it compares two different forces, but the watt scale replaces gravity by electromagnetism. And just as the silicon sphere got a more accurate calculation of Avogadro's number, the watt balance redefined Planck’s constant by calculating a more accurate number.

For our more technical readers, NPR has this article explaining how the balance work in a scientific capacity. 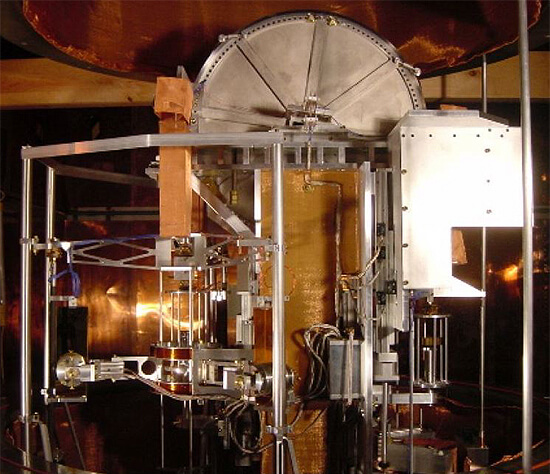 Why does it matter?

Depending on the experiment, the weight measured must be incredibly precise. When you deal with atoms and smaller particles, even the smallest deviations from the standard could mean vastly different results. It means that scientists could have trouble reproducing experiments or have results that are interpreted differently, so a breakthrough could be ignored or given up on because the standard used was too different from the reproductions.  A precise, standardised unit means scientists all over the world can study and replicate each other’s work, increasing collaboration around the world and allowing for more precise results. A lot of theoretical work where objects cannot be weighed on a scale (such as astronomy) rely on calculations to get their results. As anyone who’s messed up on a physics test can attest, even the tiniest inaccuracies can blow up to epic proportions if they go through enough formulas. That problem becomes worrying in fields like medicine or engineering. And of course, weight isn’t the only thing affected. Think of all the formulas where weight is a variable, and you realise the scope of the problem.

Many of the scientists interviewed point out that it isn’t something ordinary consumers will be affected by. However, it is still something that will benefit us directly. If fields like medicine, engineering and quantum physics don't interest you, remember this research is also highly important for technologies like smart phones and the internet, or agriculture. While you’re not going to use a watt scale calibrated with the perfect silicon sphere to weigh your apples at the grocery store, the discrepancies caused by the difference of a grain of sand would accumulate over time and create tangible problems for consumers in the long run. With the amazing results already shown by the silicon sphere and the watt balances, it’s highly probable that we’ll have The One True Kilogram by 2018, or something so close it will placate the most finicky scientists.

Adam Equipment is a trusted manufacturer of scales and balances for professionals worldwide. Browse our website to see our range of high-precision analytical balances and scientific scales or follow us on social media. Alternatively, feel free to contact us with any questions you may have regarding our weighing scales and equipment.