Using the Peak Hold Feature on Scales and Balances

It’s time to learn about another (relatively) obscure feature: the peak hold. Available on floor scales and analytical balances alike, it’s a versatile functionality that is not very well known. What does it do? Why is it useful on a weighing scale? How should you use it? Do you need it? Let’s find out.

What is Peak Hold?

There are a lot of ways to define peak hold, but for our purposes, it’s when weight (or force) is applied to material to determine how much it can withstand. During a continuous or fast process, a normal scale cannot capture the weight properly. Dynamic weighing averages the results, so we would not get the amount of weight a product can handle. Thus, we have to use the peak hold function. It records the highest reading detected by the scale or balance and holds the result on the display.

How Is It Different From a Regular Hold Function?

The regular hold function freezes the results on the display when the scale receives them. In this case, that means that the weight on the display would only show what first registered on the scale, paying no attention to the weight applied afterwards. So if your scale measures 3kg, 7kg and 5kg, it will hold and display 3kg.

When the weight is held for dynamic weighing, it’s after the scale has averaged the results of all instances of weight registered. If your scale measures 3kg, 7kg and 5kg, it will hold and display 5kg.

Peak hold will record the highest value obtained rather than the first stable value, or the average of multiple values. It can be useful when a lot of weight is applied very quickly and removed just as quickly. If your scale measures 3kg, 7kg and 5kg on it, it will hold and display 7kg. 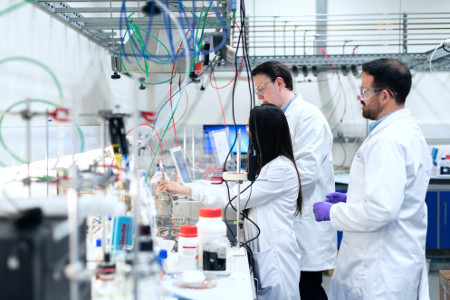 Why is Peak Hold Used in Quality Testing?

Proper engineering and manufacturing practices expect a certain amount of resistance from products that vary depending on the material. For example, you don’t want packaging to fall apart because of the weight in the box. Peak hold can be used to determine a material’s tensile strength, which can help manufacturers determine if a material is suitable to contain and transport various objects, materials and chemicals.

In addition, consistency is key. Imagine buying a bag of candy only to find that some melt in your mouth and others hurt your teeth when you attempt to chew them. You probably would not buy that brand again. Quality testers need to ensure that tools that see heavy-duty usage can always withstand daily usage without breaking randomly.

A can with potentially volatile chemicals needs to be made of a material that can withstand a certain amount of pressure build up before it breaks, or people could get injured. Many manufacturers use peak hold to test the amount of weight and pressure that can be supported by a part or piece to make sure components will not break from daily usage and stress on individual components.

The peak hold function can also be used to measure the highest weight for multiple weighing results in a short succession. For example, you can place an item, weigh it, remove it and place another one until you’re done measuring all your items, but the only weight recorded will be the highest one. Peak hold can also capture unstable weight spikes, while most weighing functions capture weight results once they are stable. 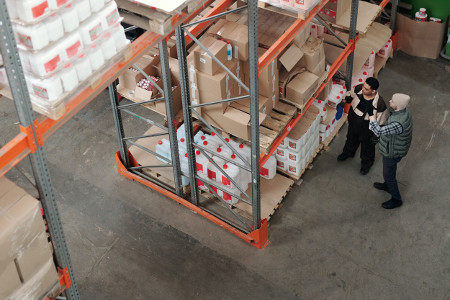 Peak hold is sometimes used in conjunction with dynamic/animal weighing. Our BKT label printing scales, for example, allow users to select peak hold as a function while in dynamic weighing mode to capture unstable weight spikes as well.

How is Peak Hold Used?

Some scales, like our AGB and AGF series, allow users to set a time interval in which the scale will keep displaying the recorded peak. The user can either have it displayed for that time interval before the display clears, or manually clear the display. Scales will often record and display a peak until another one is captured. Confused? Let’s look at an example.

Suppose you measure multiple items in quick succession and the results are 2kg, 5kg, 3kg, 5kg, 6kg and 3kg. The scale will show 2kg, then 5kg, it will stay at 5kg because that’s the peak until you place the 6kg on the scale. It will then display 6kg and not change. This is used because during stress tests, the force applied is constantly changing.

Sometimes, peak hold is simply used to allow for sample manipulation without losing results. Animals might be taken off the scale to be cared for, or samples have to be stored or processed.

Material is sometimes weighed too quickly for the human eye to follow, or the sample is so bulky that it hides the display, which needs to maintain the weight to be read when the sample is removed from the pan. In addition, many quality testing facilities use systems with switches or remote mechanisms in place, so the scale or balance must be able to capture weight even if a person is not at the scale. 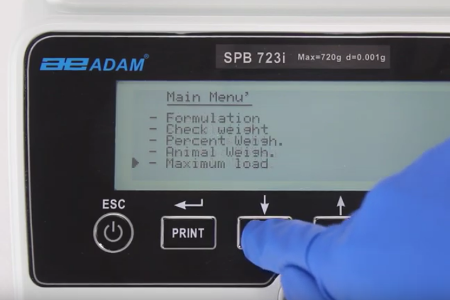 Another way peak hold is used is when a sample is being weighed and processed at the same time. For example, material can be pressure washed, painted or cleaned during weighing. The pressure or other material used during processing could affect weight. A regular hold function could mistakenly capture the pressure of water jets, while dynamic weighing would add the reading of the water to the material’s readings and obtain an average of multiple erroneous readings. Peak hold only captures the highest weight exerted and maintains it.

Why Not Use a Force Gauge?

A force gauge is designed for measuring force applied on objects, so why not use one of them instead of a scale? The answer is quite simple: sometimes, the shape or weight of objects being tested is not conducive to force gauges. A force gauge is quite useful when measuring suspended objects or bow strength, but when a sample can’t be suspended, an ordinary scale is better. Scales and balances often have more functionalities and can print or send results to computers, so it’s easier to use them when collecting data. Some samples are quite small, so it’s better to use a precision balance to detect small changes that could not be measured by a force gauge.

Got more questions about the peak hold feature? Contact us, we’ll be happy to chat with you.